After 15 years of friendship and a mutual 10 years of professional hair experience, Jacinta Franchon and Tarah E reunited and combined goals to take their career and talent to the next level. Early in Jacinta and Tarah’s career, they worked alongside each other at a location Jacinta has called home for most of her career.

Jacinta also grew an extensive clientele currently at 150+ active clients. Having a degree in Business, she is conscious of the numbers side to a talent run industry. And she increased her own numbers by expanding her profitable hair extensions’ installation to include the product. In 2012, Jacinta launched JFREMY.com, an online store of high quality virgin hair extensions. In just 2 years, JFREMY has seen a profit of nearly $100, 000. And in 2013 Jacinta took JFREMY on an exclusive hair show tour reaching a national market.

Both women recognized their passion for beauty branding and that their current employment situations were not reflecting their evolved careers so they combined passions. In January 2014, they entered into legal partnership. Days off for the partners this year have been solely focused on securing a home/location and positioning the business for ultimate success and branding.

Together, Jacinta and Tarah have enjoyed opportunities working with local talent and numerous hair and fashion gurus! Whether providing hair and make up for Mercedes-Benz New York Fashion Week featured Espion Atlier’s Fall 2014 campaign or creating customized JFREMY units for Ashley T. Moore’s appearances on VH1’s LOVE and HIP HOP Atlanta, both partners rely heavy on their passion and professionalism. Over the summer, the ladies afforded the opportunity to provide hair services for the Rice wedding held at the Four Seasons in Baltimore, Maryland. They have additionally managed to fit in their schedule countless published photo-shoots over the past few months. Networking with photographers from all over the east coast has been a privilege and a platform.

Both women are proud and reassured of their decision to move forward together but are also humbled by the outpouring of support by their clientele who have donated or bartered their financial, legal and commercial real estate services, colleagues who have enlisted their creations, and the collaborations of local talent! 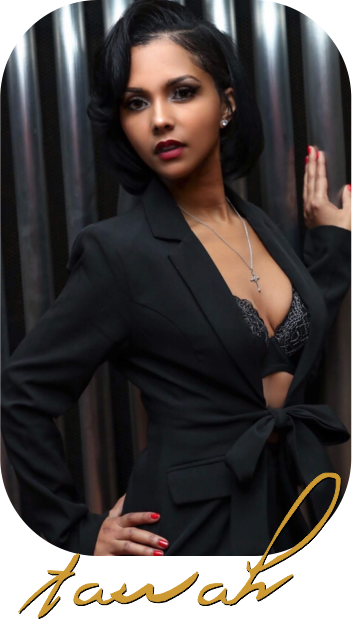